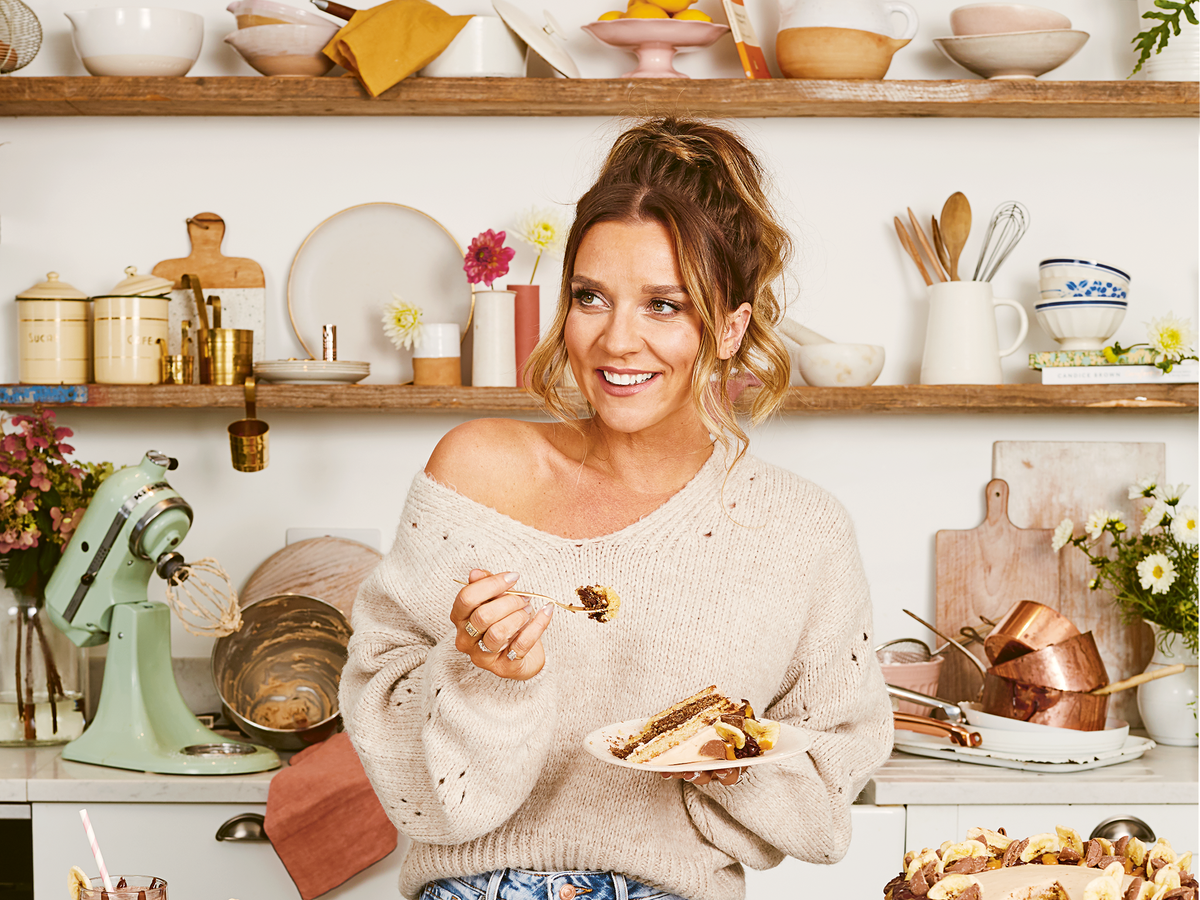 Famous for building her parent’s pub in gingerbread as a showstopper in the 2016 series of The Great British Bake Off, Candice Brown swapped secondary school teaching for cooking after winning the show. She has since cooked on ITV’s This Morning and at live food festival demonstrations, and opened her very own pub in Bedfordshire, with her brother in 2018. After opening up about her struggles with depression and recent diagnosis of ADHD, she has now shared the recipes she turns to in her toughest times in her new book Happy Cooking, out now.

How would you describe your cookery book?

It’s the way I’ve always done things and the way I’ve always coped with my funny little brain when my funny little brain was being unkind to me, when it was dark or happy or sad. The kitchen’s the place I’ve always gravitated to and the place that I still continue to gravitate to. Mental health is something I’ve battled for years and never really spoken about. I’ve always been quite ashamed of it and actually now I’ve realised that I can’t be ashamed. I preach about people being proud of who they are and now this is me in book form.

Do you think people who know you from Bake Off will be surprised to hear you struggle with mental health?

Now I’m opening up more about it, people always say that it shows you just never know what’s going on with someone. It was a battle the whole time I was on Bake Off, I battled before and I’m battling now, at times worse than I ever have. People say I do look like I have it together and I’m confident but actually what they might not realise is maybe I struggled to get out of bed that morning or I’d had a complete and utter breakdown that day. I’m high functioning and love my work but as soon as that stops and the mask slips, it’s a very different story.

The chapters in the book are unusual. For instance, there’s one called ‘Food that takes care of itself (and you)’ and another named ‘Keep-your-hands-busy cooking’. What’s the thinking behind those?

I only got diagnosed with ADHD last January. I’ve always been quite disordered with things like lateness and interrupting and the inability to sit still or concentrate so I think it’s always been there. But things weren’t great and I needed to get a grip on my mental health so I started seeing a psychiatrist. He wanted to run tests and after a few weeks, he said, “I think you know what this is”. Through all that, food is where I’ve gone to keep my hands busy when I needed to do something. That’s why I’ve made Danish pastries for the sake of it because it’s a 24-hour process or made bread to give myself something to do. My baking’s not going to win awards. It doesn’t reinvent the wheel – it’s just how I do things.

Do you think people will be surprised to see there are so many savoury dishes in the book?

I wanted it to be more than a cake book. As much as I try, you can’t just survive on cake. Sometimes you do need something a little bit more nutritious. So when you need food in 20 minutes and you can’t be arsed, or you get home from work and you have to feed a family and your brain doesn’t have the capacity to do it for itself, there are recipes in there for that. I love food, the smell of it, the process of making it. I hope I’ve covered most of that in the book.

It also includes your recipe for a gingerbread house based on the famous Bake Off gingerbread pub. Can anyone manage that?

Yes! It’s literally biscuit shapes stuck together with caramel or if you can’t do caramel, just melt chocolate and wait for it to harden. If I can make a big version of that, I promise you can do that. And if it’s rubbish? Smash it all up and put it at the bottom of a cheesecake.

It’s chicken nuggets but I’m not even guilty about it. I love them so much. So obviously I’ve included a homemade recipe and it’s really simple and really tasty. Apart from that, my slow-cooking recipes are good. When you’re feeling rubbish, I would never reach for a salad. I also include some recipes that might remind you of school or that your mum maybe used to make because I think that brings a lot of comfort. But if you want to try something that’s pure delightful indulgence and gorgeousness, try my khachapuri, which are cheese bread boats with an egg inside. It’s one of the tastiest things I’ve ever eaten.

You feature a recipe for toasties too. What makes the perfect toastie for you?

I’ve always put egg in my toastie which draws a few questions. You can whack almost anything in toasties. I love to load it all up, get it all dribbling out the side and pack in all with my favourite flavours. Something that always raises eyebrows is the addition of peanut butter but seriously, do not knock it until you’ve tried it with bacon and cheese. It’s a heart attack on a plate but it’s so good.

How involved are you with the food served in your pub, The Green Man in Eversholt, Bedfordshire?

I’m there a lot and I make all the puddings. If I’m not there because I’m away, I make puddings before I go when I can. They’re all my recipes, they’re things I know work well. People do sometimes come and they’re surprised when I serve them or they ask if I’ve made something and I can tell them I was up at 6am doing it and have the flour handprints on my arse to prove it.

Do you think pub grub gets a bad rap?

Pubs now are so much more than a place to go out and get shit-faced. They’re the hub of the community, the place you can go at 11 o’clock and get coffee and cake or pick up a sausage roll to eat later. They’re really moving with the times and creating something that is brilliant for everybody. If you want to come in and sit at the bar and have four pints and a sausage roll, then absolutely do. But round the corner you can have three courses of really good pub food, a kick-arse pudding and incredible cocktails. Pubs are ever-changing and I love being part of that industry.

What’s the one sweet recipe of yours you’d suggest people try first?

My Double Decker brownie is foolproof. It’s got bits of nougat and chocolate Rice Krispies and it’s decadent and nostalgic. You can mix it up and change things in and out. Brownies aren’t mean to rise, they’re supposed to be sunken and gooey and delightful so it’s a nice one to start with. If you haven’t got an ingredient, whack something else in.

How Solskjaer’s brilliant man management has transformed Man United and why hiring Mike Phelan was a masterstroke, according to Wes Brown

Horrified mum, 41, slams ‘predatory’ best friend, 32, for sleeping with her 20-year-old SON – but she claims she ‘helping him through heartbreak’