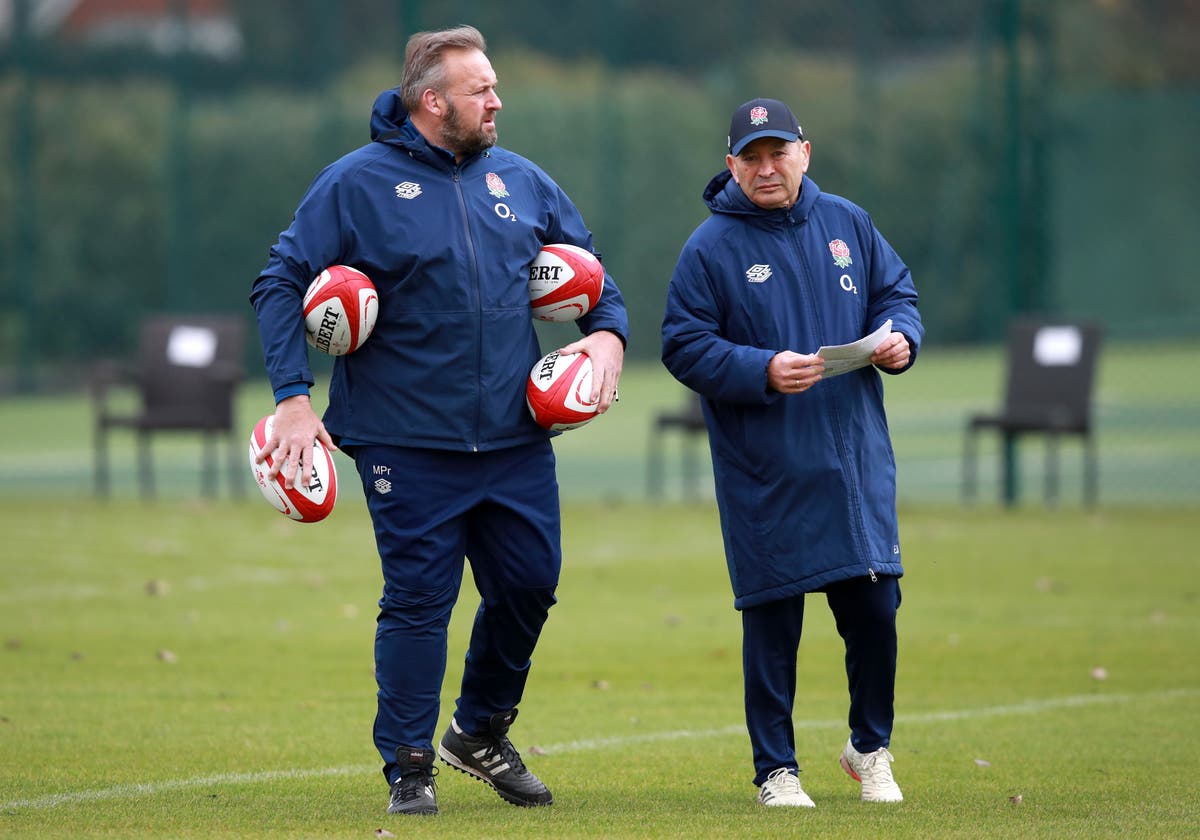 England’s new generation have been urged by forwards coach Matt Proudfoot to seize their opportunity to impress Eddie Jones.

Many of them will be casualties when the squad is updated with arrivals from Saracens and Gallagher Premiership semi-finalists Bristol Exeter, Sale and Harlequins.

But, with 12 senior internationals about to tour South Africa with the British and Irish Lions, Proudfoot insists they now have the chance to stake their claim to England selection.

“Our message to the young players is to grow and to be as good as they can be and use this opportunity,” Proudfoot said.

“They work so hard week in, week out at their clubs to perform and that performance gets them the opportunity in this environment.

“And then this environment creates the opportunity for them to grow and be the best they can be. The two environments work really well together.

“So I try to impress upon them that this is an opportunity to be the best you can be. All the front rows have caught my eye so far.

“We’ve been watching the players right through the Premiership, so you almost feel as if you know them before you get here.

“You speak to their coaches, so you’re champing at the bit to get the opportunity to work with them.”

Ellis Genge the fiery Leicester prop, is the most senior player in the squad with 28 caps, and Proudfoot believes he has a growing leadership role to play with England.

“It’s created a new dynamic for him. To see the way he speaks and how he’s passing on the lessons that he’s learned… I’ve often said that’s part of the growth of a player,” Proudfoot said.

“I’ve been really impressed throughout the season how’s he’s led by example. Also his communication with referees, how he’s tried to solve problems, particularly in the moment at scrum time. These are the things I pay special attention to.

“Now he’s getting the opportunity to do it with a lot of younger guys and the way he’s been doing it is good to see.

“We’re using him in a leadership capacity now. We don’t just want young players to grow, we want every player to grow and be the best they can be.”

Uncapped Newcastle lock Sean Robinson has withdrawn from the squad after suffering a knee injury in training, with Bath’s Josh McNally taking his place.

Ireland vs England live stream FREE: How to watch Six Nations 2019 rugby online and on TV without paying a penny

Liverpool or Man City? The five factors that will decide this season&apos;s Premier League title race