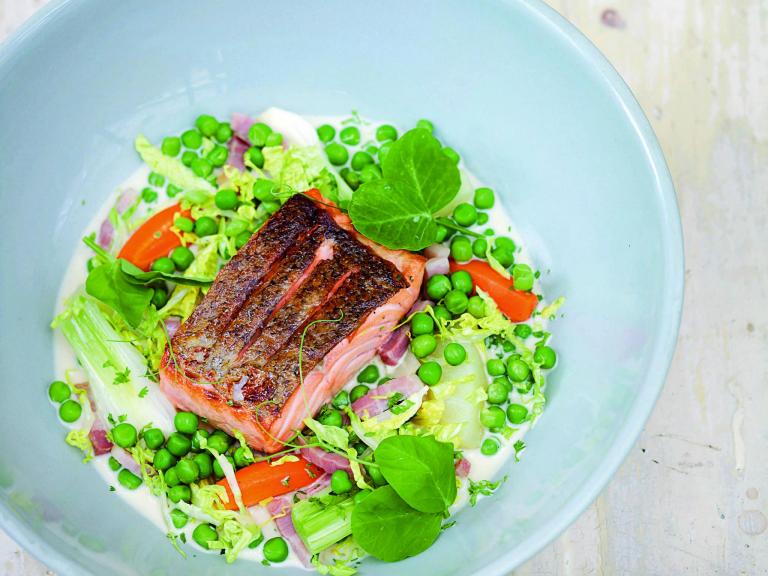 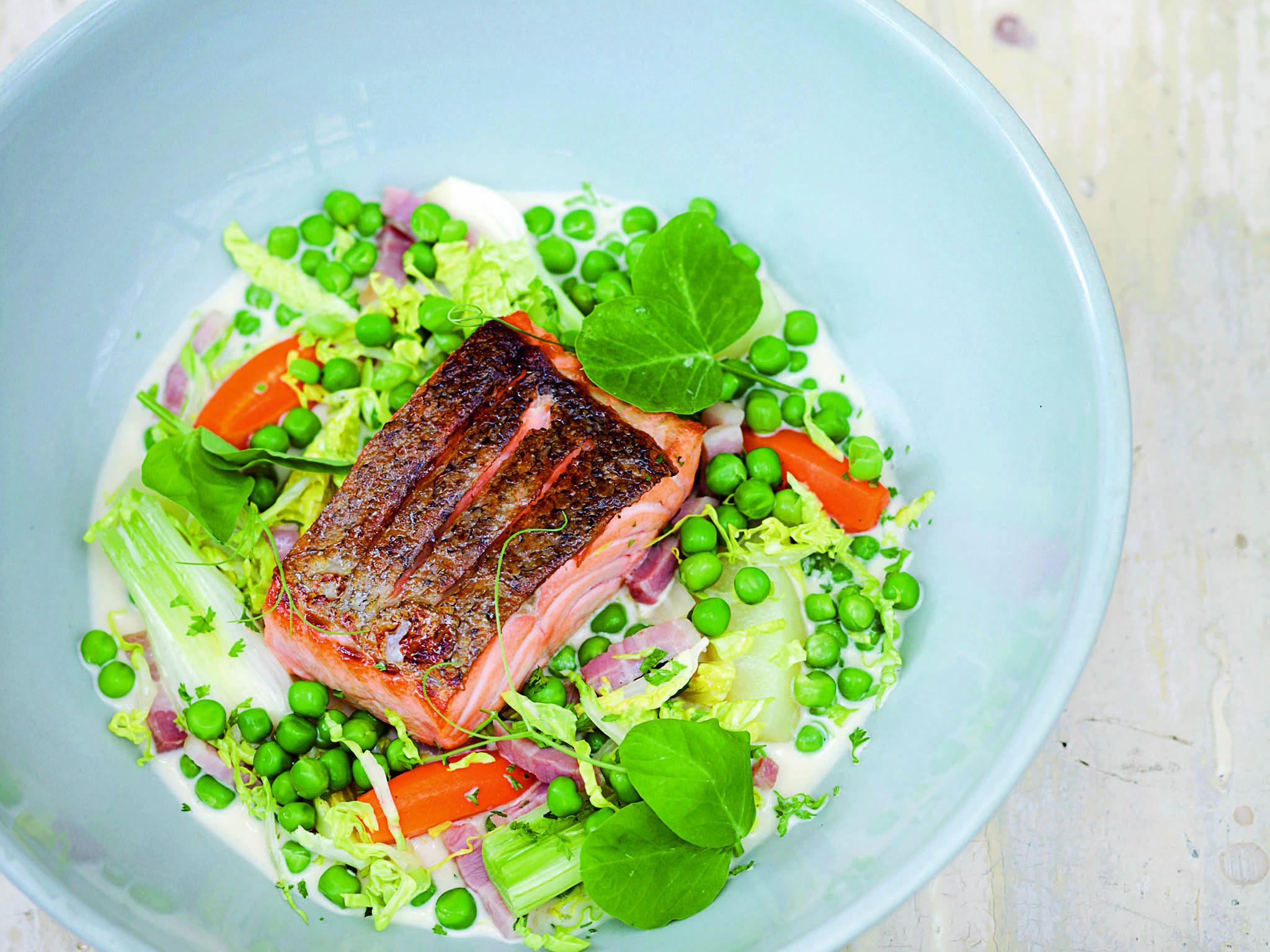 Get the best of The Independent

Get the best of The Independent

Blanch the peas in boiling water for one minute and then refresh in iced water. Drain and leave to one side.

Bring a large pan of water to the boil, add the potatoes and cook until tender, about 15 minutes, adding the carrots for the last five minutes. Drain and set aside. Once the potatoes are cool enough to handle, peel off the skins.

Season the salmon with salt and pepper. In a frying pan over a medium heat, melt the butter and olive oil together and pan-fry the fish skin-side down for eight to 10 minutes until golden brown, then turn over and cook for a further minute. Remove to a plate and cover with foil.

Fry the bacon and diced shallot in the same pan for two minutes, before adding the vegetable stock, double cream, potatoes, carrots and peas; bring to the boil. Add the parsley and mint and season to taste. Add the little gem wedges and simmer for a further three minutes.

To serve place two  little gem wedges in each bowl or plate, spoon over some creamy vegetables and bacon and then place a salmon fillet on top.

What is the Brexit backstop and what does it mean for the Irish border?