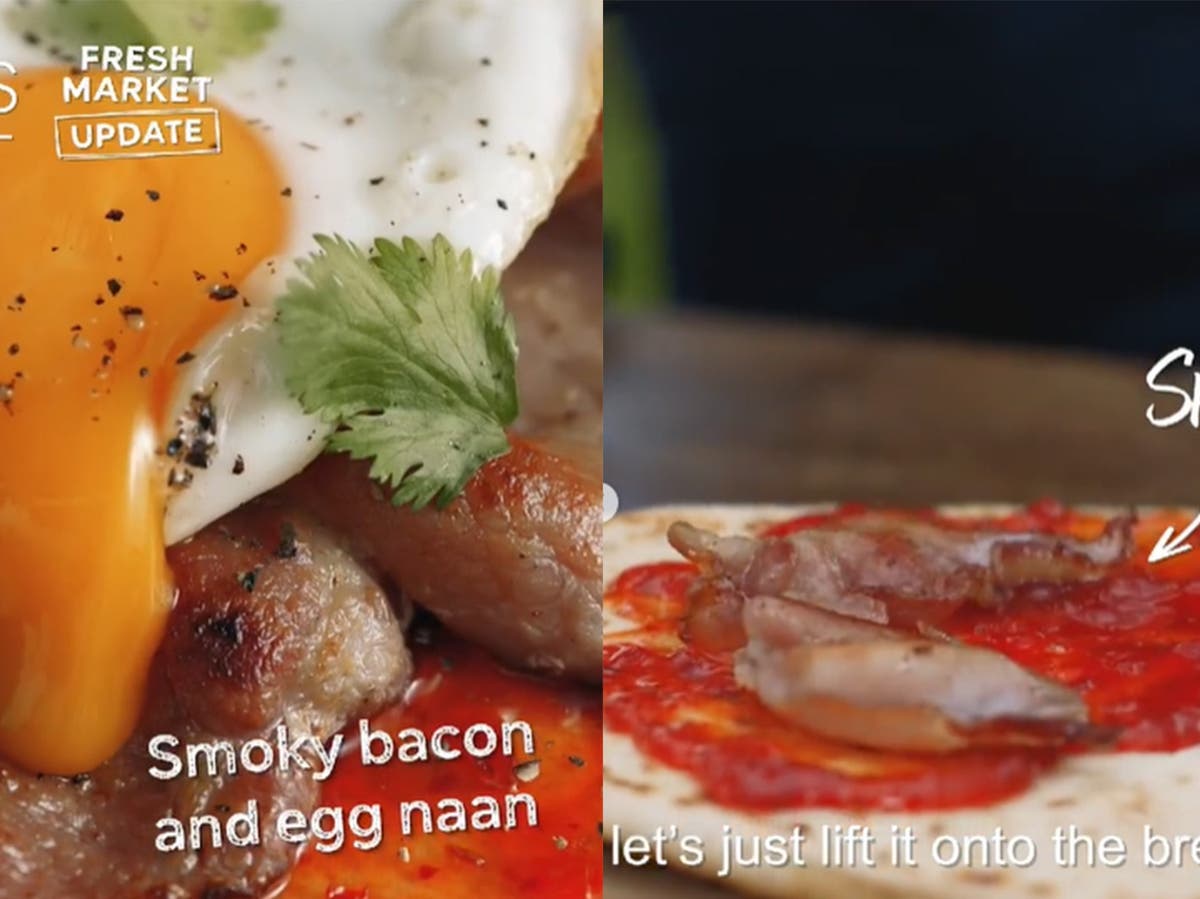 Marks & Spencer has come under fire for sharing a recipe for a chilli egg and bacon naan on Instagram, which fans have said is a “rip off” of a signature Dishoom dish.

On Monday, the supermarket posted a photograph of its recipe alongside a how-to video tutorial with the following caption: “Umm… did someone say chilli egg and bacon naan?

Despite the fact that the supermarket credited the Indian restaurant chain in its caption, many fans have criticised M&S for “copying” one if its most popular recipes.

According to a screenshot seen by The Independent, Dishoom itself also commented on the post, though the comment has now been deleted. It read: “After weeks of sitting on the fence, we’ve finally decided we’re Team Cuthbert.”

The comment was a reference to the ongoing legal battle between M&S and Aldi over the latter’s version of the former’s popular Colin the Caterpillar cake.

In April, M&S announced it would be pursuing a legal challenge against the discount supermarket, having lodged a claim with the High Court.

In the claim, M&S says Aldi’s Cuthbert the Caterpillar infringes its trademark for the dessert and is “riding on the coat-tails” of the success of its cake.

Less than 24 hours after the news was made public, the Aldi social media team devised a #FreeCuthbert hashtag and was mocking the supermarket in a series of jokes.

Paraphrasing Marks & Spencer’s famous slogan, the brand started a tweet thread, saying: “This is not just any court case, this is…#FreeCuthbert.”

Dishoom has since made further jibes at M&S over the naan roll on its Instagram stories, sharing a photograph of the recipe with the caption “Imitation is the sincerest form of flattery. Tap across for a naan roll inspired by Marks & Spencer”.

In the subsequent slide, Dishoom shared a photograph of some Percy Pigs wedged in between a naan roll alongside a Colin the Caterpillar cake.

The Independent has contacted both M&S and Dishoom for comment.

Dum Biryani brunch review: come for the biryani, stay for the hip hop and small plates