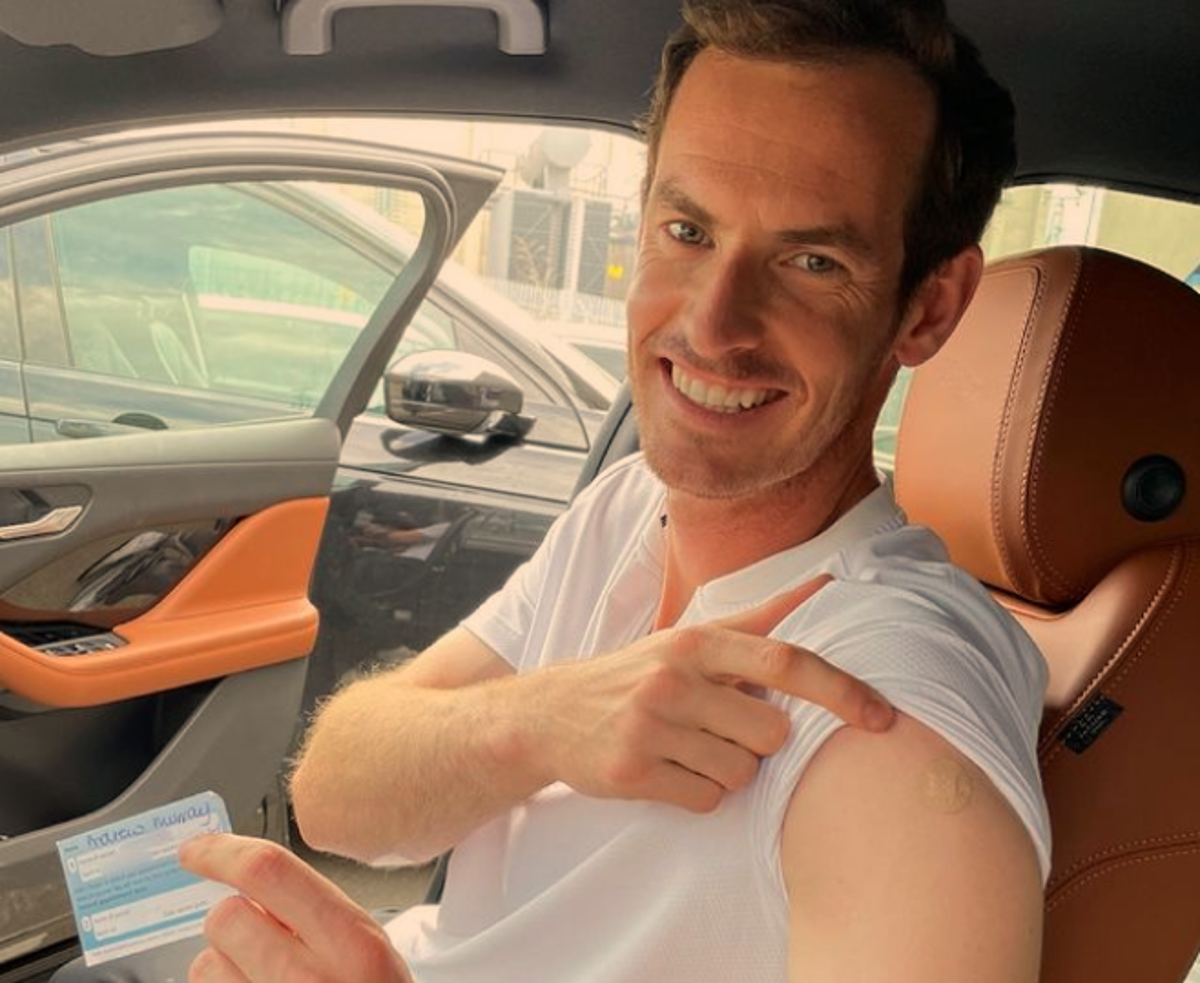 The tennis player took to Instagram to share the news as he posted an image of himself holding his vaccination card.

“That first jab feeling! Very grateful to have joined the millions of people who have received their Covid-19 vaccine,” he wrote.

Mr Murray also thanked the key workers for their efforts since the pandemic began.

“Huge thanks to all the scientists and key workers that have helped navigate us through the last 18 months.”

He added: “As a @unicef_uk Ambassador, I know how much donating to a cause such as VaccinAid can save lives.

“So please get your vaccine when it’s offered to you and then donate if you can, so others around the world can get theirs at www.vaccinaid.org (link in bio).”

The UK has so far given out almost 40 million first doses and 26 million second doses.

The former world number one had been due to play his first singles tournament since March in the Challenger event but is instead focusing on Queen’s and Wimbledon.

Mr Murray sustained his latest physical problem, a groin issue, in his sleep ahead of the Miami Open in late March and pulled out of the French Open after experiencing further discomfort.

It is not believed there has been a setback in his recovery, with the tennis legend practising at Wimbledon over the past week.

But he has decided to give himself another week of training and is planning to be back on the match court for the cinch Championships at Queen’s Club beginning on June 14.