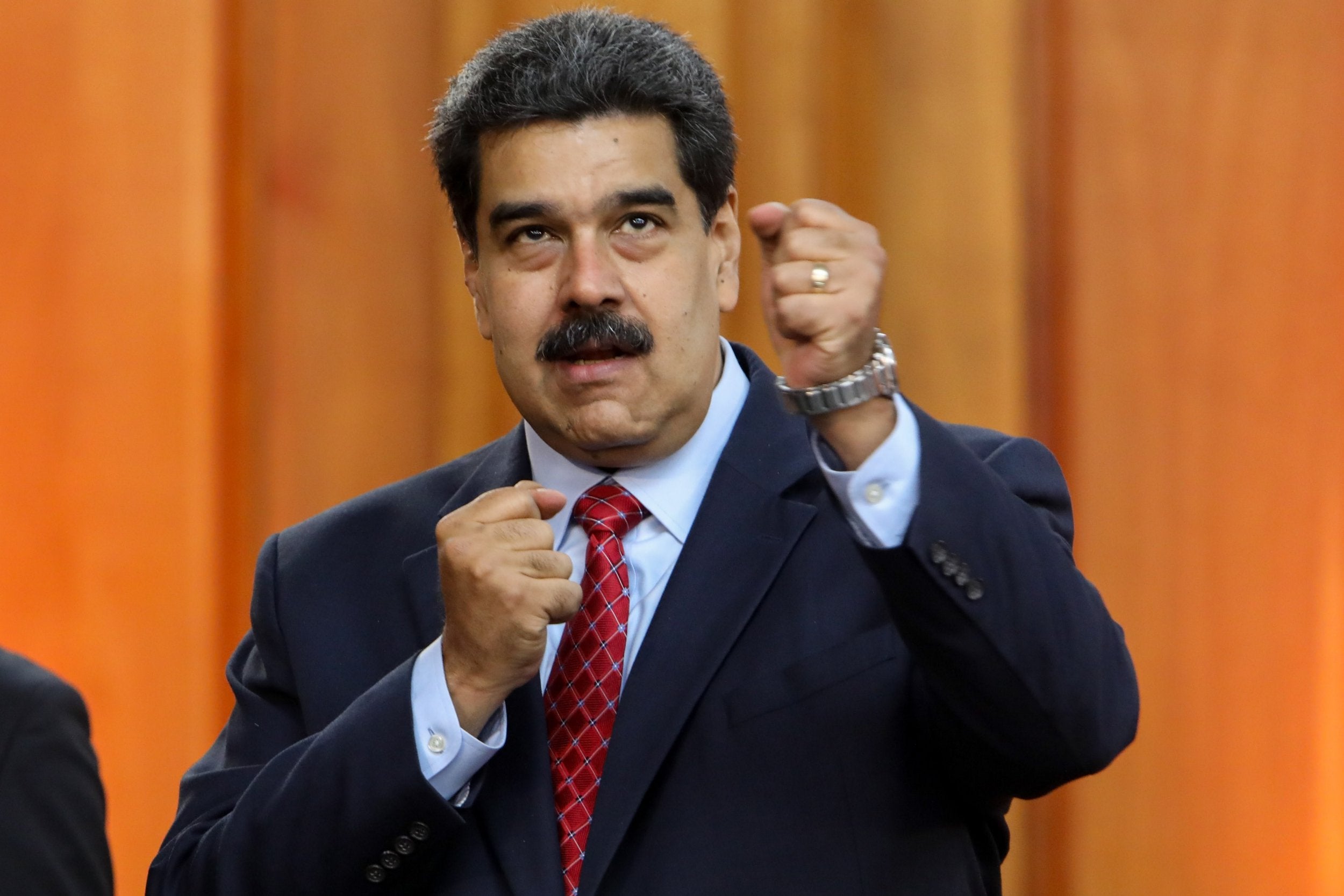 European leaders have delivered an ultimatum to Venezuelan President Nicolás Maduro and said they will officially recognise the leader of the opposition if he does not call elections within eight days.

The United Nations Security Council is meeting on Saturday to discuss the situation in Venezuela after Juan Guaido declared himself the interim president of Venezuela, setting off a standoff with Mr Maduro.

Mr Guaido is head of the Congress, which considers Maduro’s re-election last year invalid. The US and several other countries have recognized Mr Guaido as president, while Mr Maduro accuses opponents of staging a coup.

Foreign minister Jeremy Hunt has now joined officials in Germany, France and Spain in committing their support for Mr Guaido as the interim president if fresh elections are not announced by next Sunday.

“After banning opposition candidates, ballot box stuffing and counting irregularities in a deeply flawed election it is clear Nicolas Maduro is not the legitimate leader of Venezuela,” Mr Hunt wrote on Twitter on Saturday.

“Juan Guaido is the right person to take Venezuela forward. If there are not fresh and fair elections announced within 8 days the UK will recognise him as interim President to take forward the political process towards democracy.”

Similar comments were made by spokeswoman for German Chancellor Angela Merkel, who wrote that “the people of Venezuela must be able to freely and securely decide about its future”.

He added: “If that does not occur, Spain will recognize Juan Guaido as the president charged with carrying out said elections.”

Mr Sanchez said that as leader of Venezuela’s National Assembly, Mr Guaido is “the person who should lead the transition to free elections.” He said his government wants other EU members to back its position.

US Secretary of State Mike Pompeo is expected to address Saturday’s UN Security Council meeting along with Venezuelan Foreign Minister Jorge Arreaza and the other council members, including supporters of both duelling presidents.

The session focusing on Venezuela’s crisis comes a day after Mr Guaido vowed to remain on the streets until his country has a transitional government, while Mr Maduro stood his ground.

In clashing press conferences, Mr Guaido urged his followers to stage another mass protest next week, while Mr Maduro pushed his call for dialogue.

Ireland vs England LIVE: Six Nations rugby 2019 as it happened in Dublin