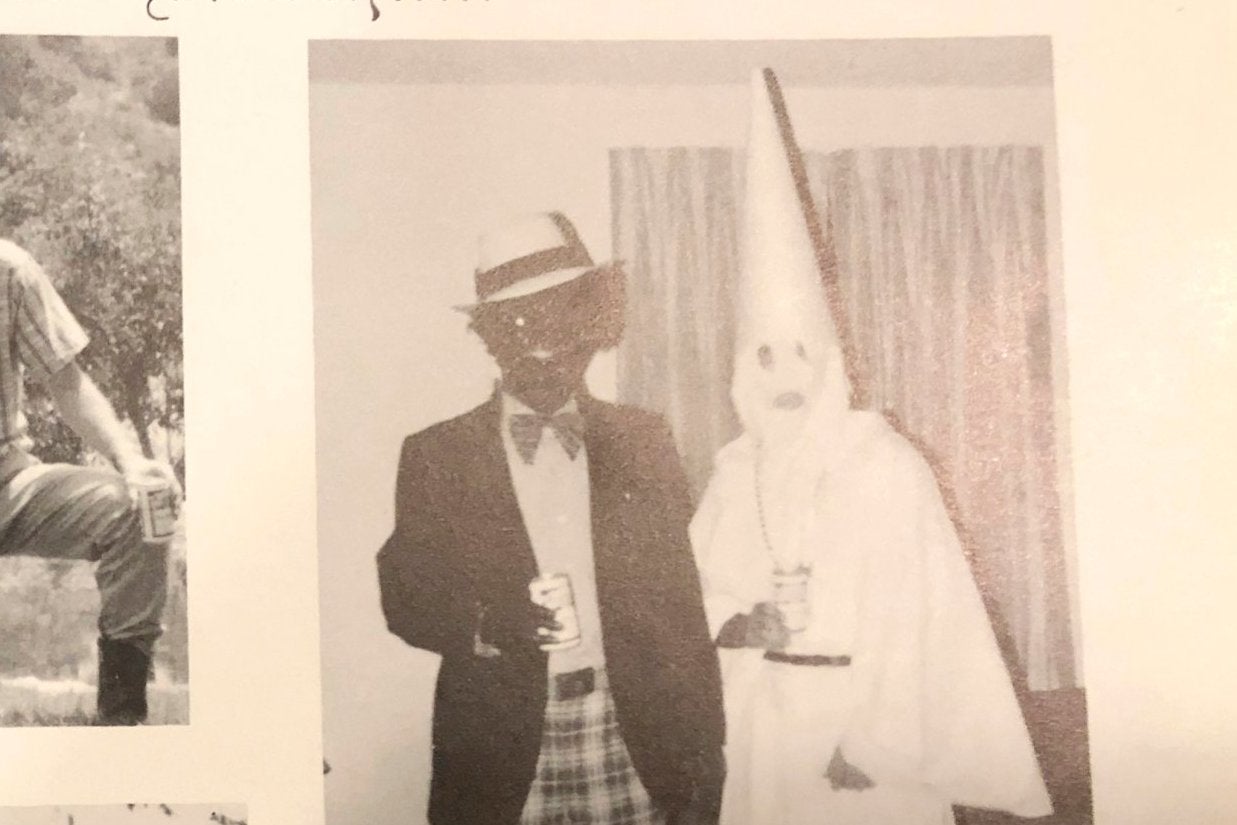 A United States governor has issued an apology and faces calls to resign over a yearbook photo featuring men in racist costumes.

Virginia governor Ralph Northam said he was “deeply sorry” over the picture, but that he planned to serve the remainder of his term.

The picture, which comes from his 1984 medical school yearbook, shows Mr Northam in the photograph which depicts two men, one wearing ‘blackface’ and the other in full Ku Klux Klan uniform.

The picture caused Mr Northam to lose support from virtually the entire state Democratic party and other key allies.

The calls for Mr Northam to step down came in a wave after the Democrat had apologised for appearing in a photo in which one person is dressed in blackface and another is wearing a full Ku Klux Klan uniform.

The photo shows two people looking at the camera – one in blackface wearing a hat, bow tie and plaid trousers; the other in a full Ku Klux Klan robe.

In his first apology, issued in a written statement, Mr Northam called the costume he wore “clearly racist and offensive”, but he did not say which one he had worn.

He later issued a video statement saying he was “deeply sorry” but was still committed to serving the “remainder of my term”.

“I accept responsibility for my past actions and I am ready to do the hard work of regaining your trust,” Mr Northam said.

Man charged with assault after Jeremy Corbyn was egged at mosque

Locked up: The prison guard, paedophile and lottery winning benefit cheat sent to jail this week