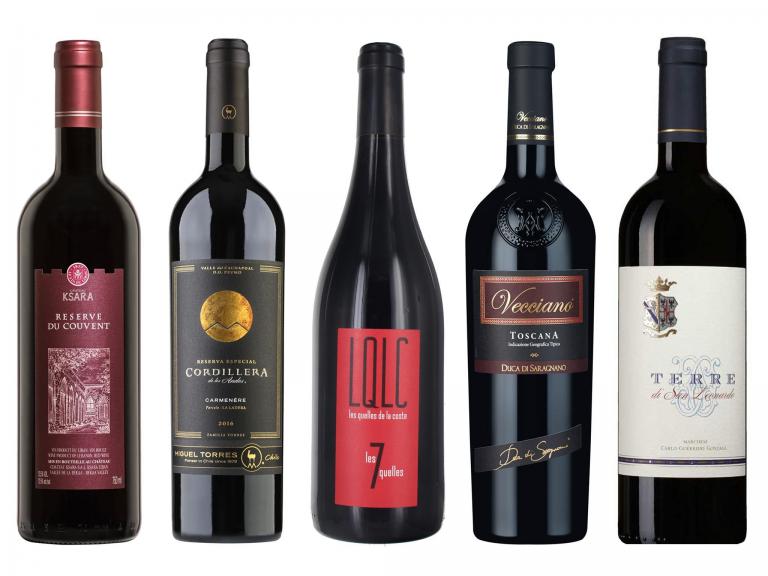 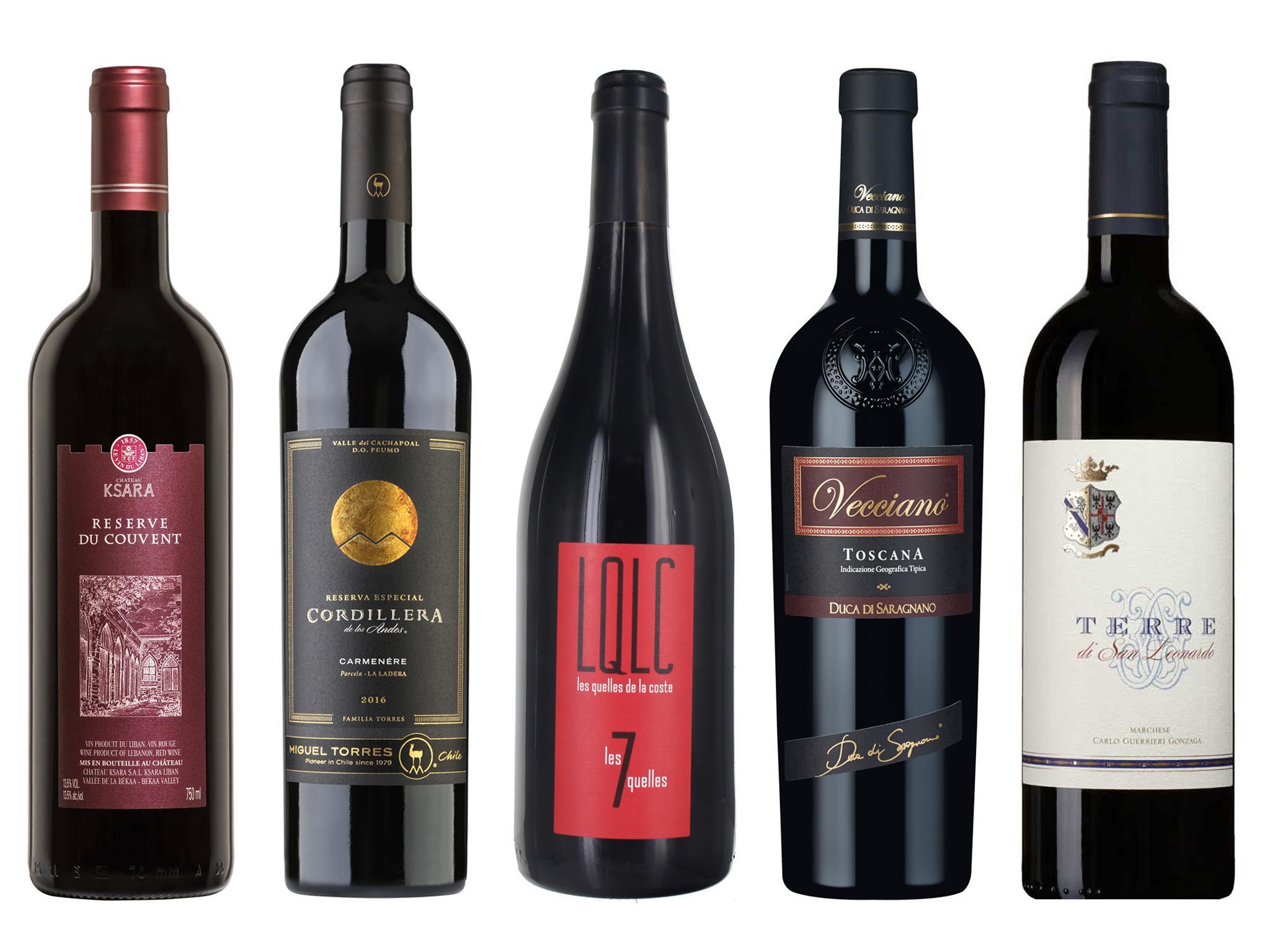 So, the clocks go back tonight and the nights are drawing in. While Christmas Day is still two whole months away, sneaky corners of the supermarkets are already well into festive mode, I’m sure there is a house down the road decorating their tree at this very moment and, yes, we’ve already had those discussions about what we are cooking on The Big Day and who for and… aaaargh… I am already panicking about the whole thing. Or maybe not.

Christmas wine columns, shopping and present lists, and card-writing are banned in my house for another month, but there is no getting away from proper autumn being with us.

Which is a delight because it allows me to indulge myself in some of the wines I love best – not the full-on blockbusters and special bottles to come, but those fulsome and comforting red wines to warm us on a cold evening after a long walk among the gorgeous colours of the season; to sip in front of the fire and to be enjoyed with casseroles and stews, pies and tagines.

These are not necessarily complicated or expensive wines either, but ones that are somehow accessible, easy-drinking, reliable and, well, comfortable in their own skins…

Firstly then to the south of France, where blends from cooperatives and smaller producers are the ones to seek out: negociants Calmel & Joseph have a portfolio of such lovely wines from the Languedoc/Rousillion area as the Calmel & Joseph Terrasses du Larzac 2016 (£13.99 waitrosecellar.com), a toothsome blend of syrah, grenache and mourvedre from the same area on the edge of the Cevennes as the Les Neuf Pierres Roulees 2017 from Sainsburys that I recommended a couple of weeks ago.

A little bit more financial outlay repays in terms of quality, which Waitrose claims rivals Chateauneuf-du Pape for complexity and depth. The Calmel & Joseph Les Terroirs Cotes Du Roussillion Villages 2016 (£12.72 richardgrangerwines.co.uk) is also well worth checking out, with carignan replacing the plummy mourvedre, resulting in a spicier mix. Both elegant and well crafted wines, with real regional character and ideal with all types of substantial Mediterranean dishes.

Slightly out of left field, as is the man behind it, but thoroughly within our remit of accessible, drinkable wines is the Les Quelles de la Coste Les Quelles 7 (£14.95 jeroboams.co.uk). It comes from an estate in the Luberon, Provence owned by renowned actor John Malkovich, where he decided to plant cabernet sauvignon and pinot noir in an area more known for grenache/mourvedre type combinations of the kind exemplified by the previous two wines. The blend works because the dominant pinot is given heft and structure by the cabernet, without overpowering the former, resulting in a medium-bodied, juicy wine, with sumptuous red fruit flavours. Again, all Mediterranean foods.

French blended-style winemaking holds sway in Lebanon, where the Bekka Valley is a long-established region, although we see too few of its wines in the UK. The Chateau Ksara Reserve Du Couvent 2016 (£12.15 wineman.co.uk; £13.00 Oddbins.com), from what is claimed to be the oldest winery in the country, is somewhat darker and weightier than these French wines, but this mellow, very slightly spicy, satisfying syrah/cabernet franc/cabernet sauvignon blend is simply the perfect accompaniment to roast Middle Eastern-style lamb or a pumpkin and chickpea tagine. More Bordeaux-style blending from Italy comes in the shape of the Terre Di San Leonardo 2015 (£17.50 swig.co.uk) from a venerable Italian producer in Trentino in the far north, a beautifully balanced blend of cabernet, carmenere and merlot; lightly oaked, some lovely fruit flavours and real elegance on the palate – but remember to open several hours in advance as this is a wine that likes to breathe a little. When the weather turns colder, you need to stoke up the fire and ramp up the volume on the wine a little bit, for which the Vecciano Toscana IGT Duca Di Saragnano 2015 (£19.99 laithwaites.co.uk) is an ideal dinner-party red for big casseroles or roasts: a smooth, vanilla-scented and cassis-flavoured blend of sangiovese and cabernet sauvignon from southern Tuscany, this is a so-called Super Tuscan in all but name, with considerable power and finesse, but instantly appealing.

But it’s not only about French blends: a good, medium-bodied, traditional rioja can do the autumnal duty here, providing there is sufficient ageing to give depth. Although the grape most associated with rioja is tempranillo, grapes like garnacha and graciano give more texture to the CVNE Rioja Reserva 2015 (£13.39 waitrosecellar.com; £13.99 majestic.com), which has had a decent time in oak, but not so much that the dark fruit flavours have subsided, or it’s reduced the graciano “lift” to deliver a little freshness and fragrance. I would drink it with a chicken paella or rabbit in red wine.

Finally, a brace of Chilean wines that, while single varietals, keep to our theme of approachable, well made comfort for the cooler months: the Zapallares Gran Reserva Cabernet Sauvignon 2016 (£14.95 davywine.co.uk) from the Valle de Curico shows how cabernet sauvignon can deliver graceful, succulent wines, with just enough intense black fruit and hints of cassis and tobacco to match the winter dishes to come while the Cordillera de Los Andes Carmenere (£14.29 mumblesfinewines.co.uk) from the Valle del Cachapoal has concentrated chocolate, coffee, spice and vanilla flavours, characteristically lifted by grapes grown at altitude, where hot days are balanced by cold nights. And it’s certainly one to open on a cold night here at home.

Who is Dermot O’Leary’s wife Dee Koppang? Director and producer who worked on The Crown